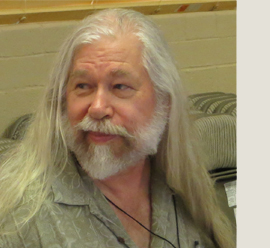 I was President of DERT during many of its successful campaigns. I'm also Secretary of Desert Protection Society that eventually defeated the Eagle Mountain MegaDump project in 2014, an issue also addressed by MBCA. Both groups continue to work towards ending the Eagle Crest Energy Storage project at the old Eagle Mine site.

I became a board member of Joshua Tree Community Association in 1998 and have been involved with JTCA ever since (saving then Joshua Tree Ambulance 1999, and fighting off the Joshua Tree Casino proposal 2011). I joined MBCA as a board member in 2004. When there was an opening on the Joshua Tree MAC in 2006 - I joined by appointment as I saw the bubbled and unsustainable "growth pressures" coming to Joshua Tree. Good timing on my part put me as President of MBCA and head of the Land Use committee on the JT MAC in 2008 just in time to be involved in the pivotal Section 33/Joshua Tree Villas project. While that inappropriate housing development project ended, we continue to deal with the same issue with the current Altamira Gated Community Housing project in SouthWest Joshua Tree.

My civic involvement, simply put, is that I'm for the right things happening in Joshua Tree and that means No gated communities, No formula retail Dollar General, No obliteration of the Joshua Tree Airport for more Nextera/JT Solar  farm and No bobcat trapping - or animal trapping period.

To round out this Bio, my wife Ida Foreman and I have had a home/studio on five acres in the Panorama Heights area of Eastern Joshua Tree for three decades and we've been together since graduating California Institute of the Arts (aka CalArts) since 1977. She paints Encaustic paintings and teaches Fine Art Screen Printing and Printmaking at College of the Desert and we have a son, Arthur Fick.