Four MBCA board members continue to be involved in the planning and response for California’s 30x30 Project. The project was developed from Governor Newsom’s 2020 Executive Order N-82-20 which establishes a state goal of conserving 30% of California’s lands and coastal waters by 2030.

Arch McCulloch, Brian Hammer, Pat Flanagan and Gary Stiler are most concerned about some challenges in recognizing the importance and contours of the desert within the plan. "Our biggest concern is they don't acknowledge the desert as a whole, they only acknowledge a piece of it. Nor does the state acknowledge that the CA Desert sequesters 10% of the state's carbon. We want them to explore what's there," reports Flanagan.

In a February 2022 letter co-signed by MBCA, desert groups complained about "ecological fragmentation of the California desert" in an earlier version of the 30x30 plan, as Death Valley was considered part of the Sierra Nevada area and Anza Borrego was attached to the San Diego section. This issue was not corrected in the final plan (PDF). 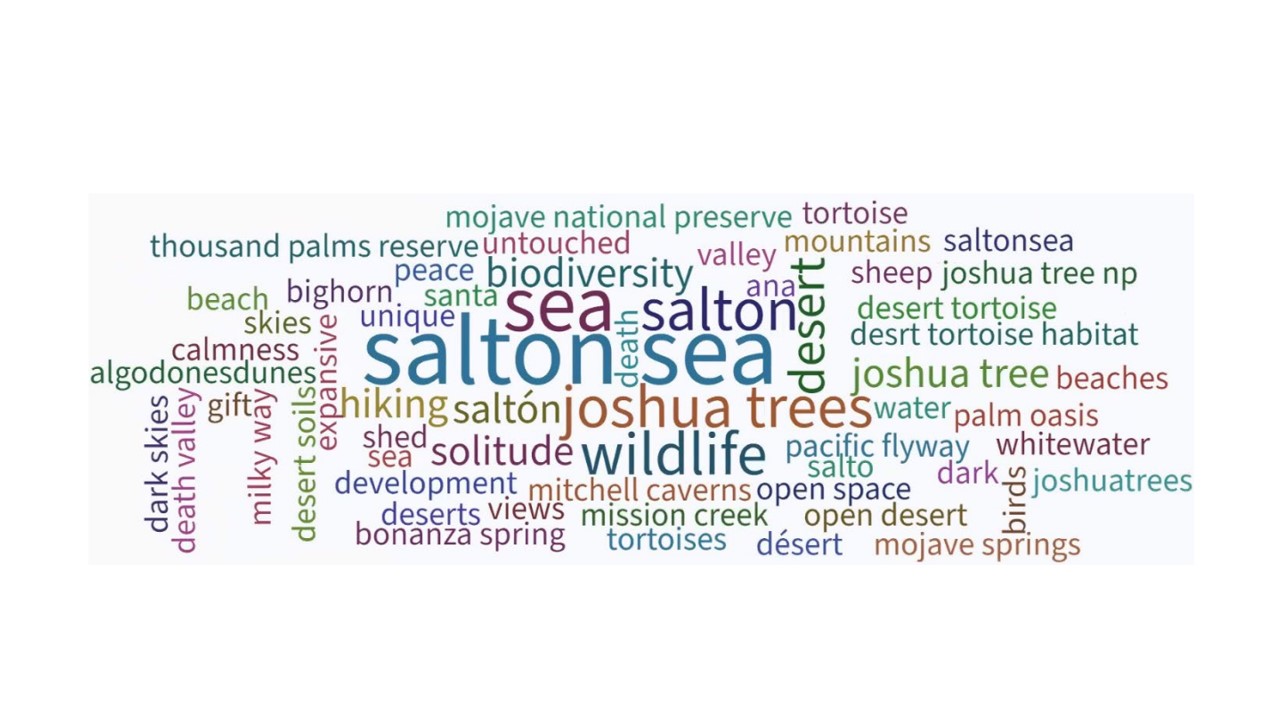 The “30 by 30” effort began as an international movement to set aside 30 percent of the earth’s land area to preserve wildlife habitat and protect against climate change. It also recognizes the rights, stewardship, and experience of indigenous peoples in managing natural resources. It prioritizes ensuring that the benefits of cleaner lands, waters, and air are shared by all.

California is the first in the nation to commit to protecting 30% of our lands and waters by 2030 (Gavin Newsom executive order October 2020).  In January of 2021 the Biden administration issued an Executive Order on tackling the climate crisis at home and abroad and committed the United States to 30x30.

Why is this important? "Because our land and waters contain the planet’s biodiversity — from the smallest organisms to the largest predators. When species are diminished, it affects whole ecosystems, and when ecosystems suffer, their ability to provide clean water, clean air, pollination and the many other functions we rely on is vastly reduced," according to Noelle Chambers, vice president of conservation for Peninsula Open Space Trust.

Four MBCA board members were involved in the planning and response for 30x30: Arch McCulloch, Brian Hammer, Pat Flanagan and Gary Stiler. They share that there were some challenges in recognizing the importance and contours of the desert. "Our biggest concern is they don't acknowledge the desert as a whole, they only acknowledge a piece of it. Nor does the state acknowledge that the CA Desert sequesters 10% of the state's carbon. We want them to explore what's there," reports Flanagan.

In a February 2022 letter co-signed by MBCA, desert groups complained about "ecological fragmentation of the California desert", as Death Valley was considered part of the Sierra Nevada area and Anza Borrego was attached to the San Diego section. This issue was not corrected in the final plan (PDF). 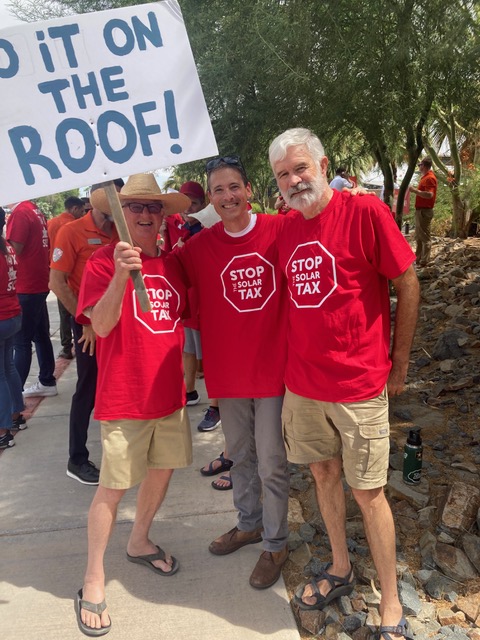 MBCA President Steve Bardwell (l) and Director Arch McCulloch (r) participated in the Solar Rights Rally held in Cathedral City on July 20. They are pictured here with Solar Rights Alliance Executive Director Dave Rosenfeld. The rally was one in a statewide series to "sound the alarm about the utilities' solar tax and call on Governor Gavin Newsom to keep solar affordable for middle- and working-class families."
Around 50 people participated on a 110-degree day.

Posted on MBCA News by Laraine Turk · July 05, 2022 9:16 AM · 1 reaction
San Bernardino County's June draft version of their state-required Housing Element contained some changes in direct response to the outpouring of public concerns about excessive Short Term Rentals in unincorporated Desert and Mountain areas of the County. MBCA has scrutinized the latest draft and sent a detailed comment letter thanking the County for some useful changes and pointing out the need for additional revisions. For a history of the ongoing County housing issues, see our News posts of June 9 (MBCA comment letter), June 9 (combined letter with Center for Biological Diversity), and June 15 (report on Supervisors' meeting). This Desert Sun article contains a good overview of the situation.

Posted on MBCA News by Laraine Turk · June 17, 2022 11:45 AM · 1 reaction
At their June 15 meeting, the four members of the California Fish and Game Commission were split on decisions relating to the status of the Western Joshua tree. Their tie votes of 2-2 applied both to a motion to list the tree as threatened and a motion to continue the decision to the August meeting, with a recommendation to develop a recovery and conservation plan. With no decision on the Joshua tree's status, it continues to be protected in “candidate” status. The topic was continued until the October meeting of the Commission. This Desert Sun article provides a comprehensive summary of the presentations, arguments, and actions taken at the meeting. Additional information and links to the recording of the meeting can be found in this email from the group ProtecttheJoshuaTrees.com. 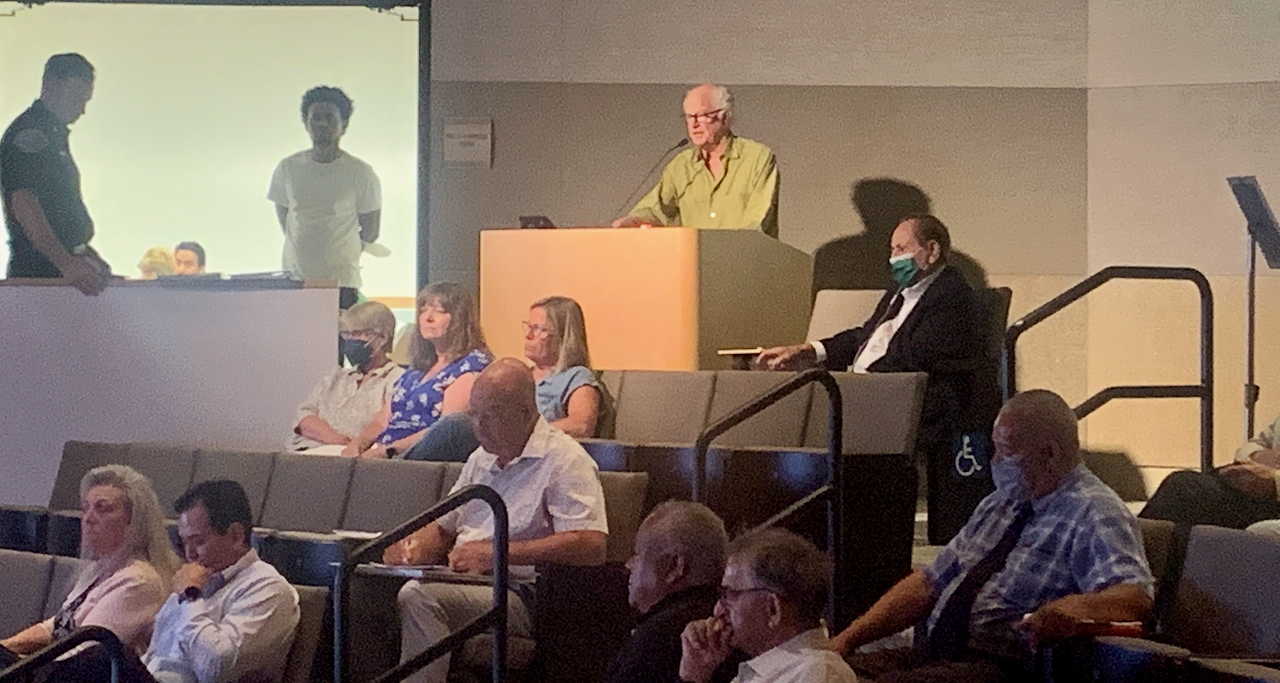 At their June 14 meeting, the San Bernardino County Supervisors voted to place a 45-day moratorium on new short-term rental (STR) permits in unincorporated areas of the County via this Urgency Ordinance. During this time the County is expected to initiate studies about housing issues caused by the excessive number of STRs. The Board also voted to prohibit transfer of STR permits with home sales and limited STR ownership to 2 per person. Third District Supervisor Dawn Rowe was instrumental in championing these actions.

The Supervisors also voted on revisions to the existing Short Term Rental Ordinance forwarded by the Planning Commission. Supervisor Rowe made a motion to limit corporate and LLC ownership of STRs, but was unable to get a second on her motion to move it to a vote. MBCA along with other speakers emphasized the need to gather data and analyze the effect of STRs and housing needs at the local level incorporating input from the local community. This as the supervisors emphasized that the STR ordinance is a ‘living’ ordinance that should be expected to be revised over time.

There was some recognition by the Supervisors that any analysis could require more than 45 days of study. County Counsel informed the supervisors that the urgency notice could be extended for 10 months 15 days, and then for an additional year for a two year maximum.

MBCA's Pause Petition sent to the County on June 12 plus an Addendum presented at the meeting on June 14 were signed by a total of 474 people with 136 comments.
.

MBCA and Center for Biological Diversity Address the County on STRs

Posted on MBCA News by Laraine Turk · June 09, 2022 12:51 PM · 1 reaction
After months of escalating concern about the proliferation of short-term rentals across San Bernardino County, especially in the desert and mountain regions, MBCA joined with the Center for Biological Diversity to ask the County to immediately pause the approval of short-term rentals. The letter also urges a comprehensive study of both STR problems and the growing lack of rental housing availability.
Read more
Donate Join Our Membership Join Our News Network