Posted on MBCA News by Laraine Turk · October 29, 2016 12:00 PM
Read MBCA's editorial in the Hi Desert Star on October 29, 2016.  It describes the problems with the County Supervisors' decision about the Altamira Housing Development and the lawsuit that has been filed by Joshua Tree residents. 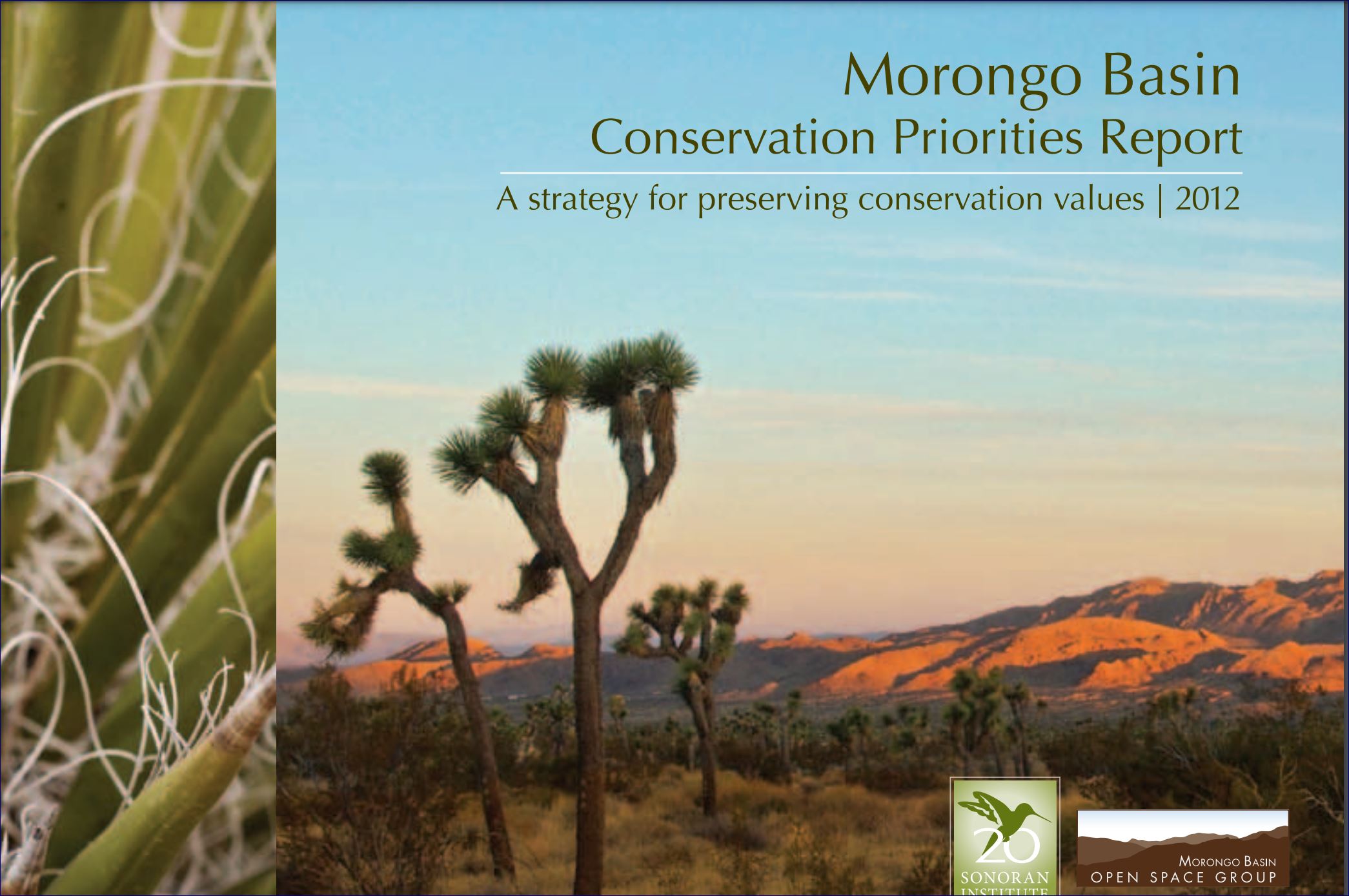 There was a wide mix of community residents involved from all areas of the Basin, as well as representatives from local governments, from community, business, and conservation organizations, from the Mojave Desert Land Trust, and from Joshua Tree National Park and the Marine Corps Air Ground Combat Center.

Support for this project was provided by the Sonoran Institute. Both public input and conservation science were used to develop this information-rich document. The report provides a comprehensive picture of which areas of the Morongo Basin are considered by its residents to be particularly worth conserving, and which areas may be more suited to development, and why.

Posted on MBCA News by Laraine Turk · August 29, 2016 12:00 PM
The Board of Supervisors (BOS) voted August 16th 4-1 to deny the three appeals filed and gave their approval for development of the Joshua Tree Solar Farm – a 20 megawatt photovoltaic project to be located on 115 acres at the former Roy Williams Airport site. Many residents spoke in support of the appeals and more sent letters  – clearly and strongly expressing opposition to this project in the rural residential community. Apparently our arguments, including that this is not an area that can accurately be characterized as “disturbed land” (it is relatively intact acreage) and therefore not appropriate for industrial scale solar were not convincing to the majority of Supervisors. They also discounted the fact that the site is visible from a hiking trail in Joshua Tree National Park – which according to the County’s own Renewable Energy and Conservation Element Framework is a criteria worthy of consideration. Only our 3rd District Supervisor, James Ramos voted in favor of the appeal to stop the project. Defend Joshua Tree has reported that a lawsuit or three to stop the project from moving forward seems likely. MBCA E-Blasts will keep you informed of these efforts. This battle isn’t over yet.

MBCA, the Morongo Basin MAC, and others have strongly stated opposition to the Joshua Tree Airport Solar Farm proposed by NextEra. The meeting on August 9 that begins at 10 AM in San Bernardino (or at the videoconference center in Joshua Tree) will likely be the last opportunity to stop the project that would have numerous harmful impacts to the local community, as well as visiting tourists (documented in links that follow).

San Bernardino County Board of Supervisors (BOS) will conduct a public hearing to consider three appeals of a Planning Commission action to approve the Conditional Use permit to establish this 20-megawatt photovoltaic solar energy generating facility on approximately 115 acres at the former Hi Desert (Roy Williams) Airport. The Appellants are: Coalition for Responsible Solar, Socal Environmental Justice Alliances, and Joshua Tree Community for Responsible Solar, as well as individuals.

Read the official notice of the appeals hearing.

Here is a quick review of important meetings for several issues that have been on our radar for the past months. Would love to see you at these meetings to ensure the public interests are well represented – especially those aligned with MBCA’s mission!