Posted on MBCA News by Laraine Turk · March 09, 2020 9:50 PM
A comprehensive article about the Eagle Mountain pumped storage project and similar projects in other areas of the country was published by the Los Angeles Times. MBCA has had continuing concerns about the use of the old Eagle Mountain mine for many years, especially as it relates to the environmental health of Joshua Tree National Park (which is noted in the article). To review past MBCA News Updates related to Eagle Mountain, go to MBCA's Search page and type in "Eagle" or "Eagle Mountain" and you'll find several dozen links to past relevant MBCA News and EBlasts.

Posted on MBCA News by Laraine Turk · January 31, 2020 3:11 PM
MBCA has added its voice of opposition to the Crimson Solar project in Riverside County. A detailed analysis of and comment on the Draft Environmental Impact Report by our colleagues at Basin and Range Watch and Western Watersheds Project resulted in this conclusion:

"The BLM should select the No Action Alternative for the Crimson Solar Project. The project is not complete in planning. The BLM has not chosen or decided on adequate mitigation yet. The project's storage plan is full of flaws. California is overgenerating large-scale solar energy. It is not worth the risk to special status species, and to degrade so many resources on lands considered so sacred to Native Americans - especially when the project technology is so speculative."

Read the entire comment letter for all the details.

Posted on MBCA News by Laraine Turk · May 14, 2019 11:32 AM
The Daggett Solar project northeast of the Morongo Basin near Daggett and Newberry Springs proposes a five-and-a-half square mile array that would bring more damage than benefit to the area's residents and to the Mojave Desert. In MBCA's April 29, 2019 comment letter, Pat Flanagan outlines the issues and illustrates through photos and maps how the project is flawed despite proposed mitigations. Also noted as likely outcomes are a reduction in human quality of life, for reasons of fugitive dust with health consequences and reduced viewsheds affecting tourism. Potential damage to wildlife and birds, increased temperatures from heat island effects, and reduced panel effectiveness due to dust accumulation are other situations explored in the richly illustrated letter.

On March 11 the Los Angeles Times published an editorial titled "Green power runs up against desert conservation in California," a response to the San Bernardino County Supervisors' vote in favor of RECE 4.10. As MBCA supporters know, RECE 4.10 offers protection to rural desert communities from large-scale renewable energy developments. While the Times editorial in part acknowledges the needs of rural desert communities, it concludes by saying that California needs both rooftop and large-scale energy developments. A response by MBCA Director Pat Flanagan provides detailed reasons for why inappropriately-placed large-scale projects in the desert can harm rural communities.  The photo illustrates a dust storm in Joshua Tree near a solar field just west of Copper Mountain College.

Posted on MBCA News by Laraine Turk · March 01, 2019 9:05 AM
Justifying the long-term resolve and perseverance of desert residents communicating with their elected representatives, San Bernardino's Supervisors voted 4-1 to adopt the Renewable Energy Conservation Element policy 4.10 on February 28. The policy prohibits utility-scale renewable energy developments in the County's desert areas with Community Plans in place and in Rural Living zones. Quoted in the Los Angeles Times article about the RECE 4.10 vote, Supervisor Robert Lovingood said residents "spoke clearly about what they want to see."

MBCA is grateful to the dozens of residents who have taken time to make public comments in writing and in person over the course of almost two years to work toward this positive outcome. Here is the local news coverage at the Hi Desert Star and KCDZ radio. More information can also be found in this San Bernardino Sun article. For more background you can use the Search feature at the top of this webpage to find prior MBCA News and EBlasts about RECE 4.10 by using RECE as the keyword.

If you wish to watch the video of the February 28 Supervisors meeting you can see some of the key testimony for RECE Policy 4.10 as follows:

Posted on MBCA News by Laraine Turk · February 25, 2019 4:57 PM
Among the numerous proposed solar projects in the Lucerne Valley and Newberry Springs area northwest of the Morongo Basin is the Calcite Solar Project. On February 22 MBCA sent scoping comments to San Bernardino County Land Use Services expressing concerns about likely negative impacts of this project. The comment letter emphasizes the cumulative effects of this project with three other nearby proposed projects: Ord Mountain Solar, Calcite Transmission unit, and the Siena Solar Project. Areas of concern include air quality and soils, aesthetics, and biological resources. The letter contains excellent data-rich maps once again provided by Brian Hammer and a paper by Robin Kobaly explaining the importance of underground biological entities that are critical to the survival of desert plants.

Supervisors to Vote on RECE 4.10 on February 28

Posted on MBCA News by Laraine Turk · January 18, 2019 10:37 AM · 1 reaction
In an interview on local radio station KCDZ FM on Friday, January 18, Third District Supervisor Dawn Rowe announced that the County Supervisors will hold a special meeting to vote on the RECE 4.10 with full Board attendance on Thursday, February 28, 2019. She also stated she will vote for the version recommended by the Planning Commission, which is the version MBCA supports. For the most recent recap of the issue, please read our January 15 EBlast.

Read the official notice of the February 28 meeting for more details. Video conferencing of the meeting will be available at the usual sites including Joshua Tree's Bob Burke Government Center in Joshua Tree. 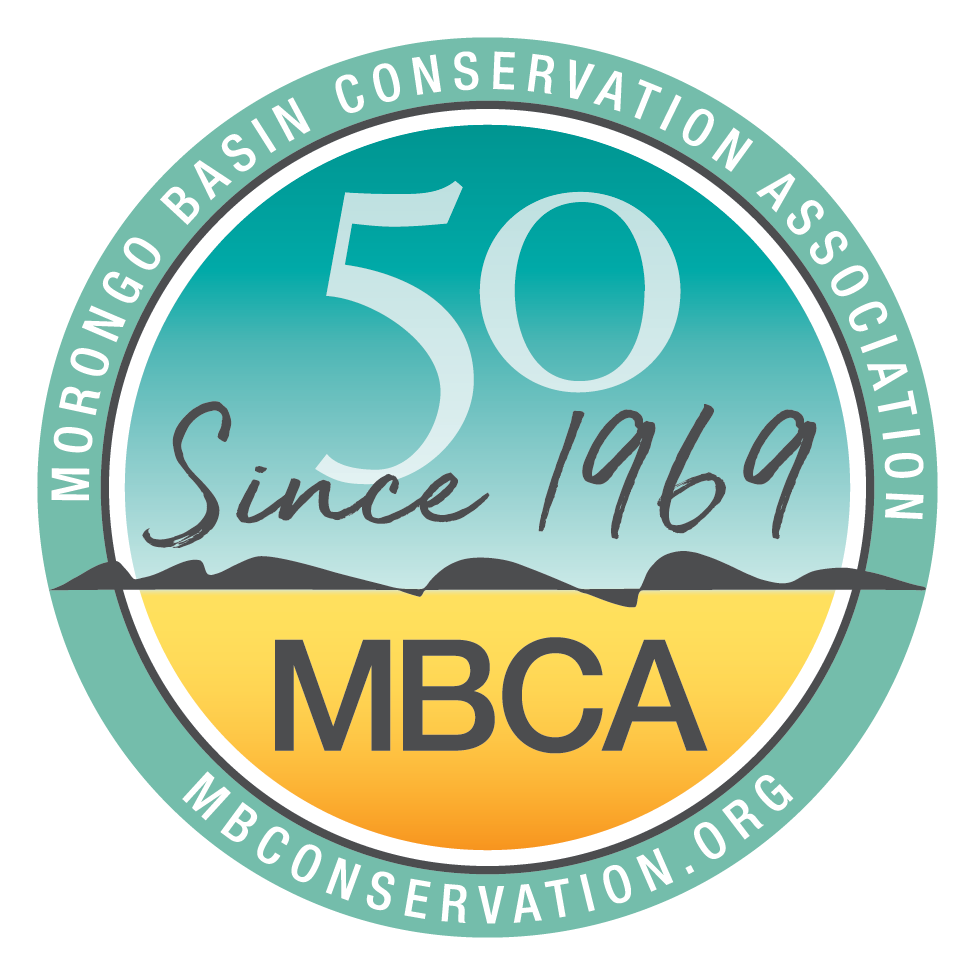 As a MBCA supporter, you know we have been working diligently with San Bernardino County to steer renewable energy policy. After numerous delays, the County Board of Supervisors appear to have finally set the date to cast their votes on Renewable Energy and Conservation Element (RECE) section 4.10 to ban utility-scale renewable projects in areas zoned RL and in areas covered by existing community plans. Once again, it is critical that the Supervisors hear from residents in protection of our rural life style and the environment. The message is simple and clear: Follow the Planning Commission’s recommendation that Policy 4.10 be made part of the county’s Renewable Energy and Conservation Element.

NOTE: A video of the County's May 24 Planning Commission meeting focused on RECE 4.10 is available courtesy of the Newberry Springs Community Alliance. The video on their RECE 4.10 page is augmented by a detailed chronology of actions, speakers, and commentary. The video itself may not be playable on all platforms, but the speakers list and commentary about the proceedings make it quite informative.

Posted on MBCA News by Laraine Turk · November 18, 2018 9:39 AM
On November 16 MBCA filed a comment letter with San Bernardino County in response to the Draft Environmental Impact Report on the proposed Ord Mountain Solar and Energy Project near Lucerne Valley. Director Pat Flanagan once again researched and wrote a detailed analysis of the Ord Mountain DEIR, with technical input and data from a GIS analyst and others. A number of maps, charts, and aerial photos provide extensive documentation to explain the many potential negative impacts of such a project.

Co-authoring MBCA's comment letter with exceptional assistance on the development of data-rich maps was Brian Hammer, Professional Data/GIS Analyst and Adjunct Professor at Victor Valley College in the Agriculture and Natural Resource Department.

Posted on MBCA News by Laraine Turk · November 07, 2018 6:53 AM
Early in their November 6 meeting, the four San Bernardino County Supervisors present (District 3 Supervisor Ramos was absent) voted unanimously to postpone to a future meeting the public hearing that included consideration of the "revised" Renewable Energy Conservation Element section 4.10. (Read more details in our October 29 update and November 1 EBlast.) They cited concern that Supervisor Ramos should be present because of the large degree to which his district will be affected.
Donate Join Our Membership Join Our News Network