Posted on MBCA News by Laraine Turk · March 25, 2021 9:29 AM · 1 reaction
The Center for Biological Diversity has filed a lawsuit against the Bureau of Land Management in response to an action taken in the final days of the prior administration that would ease the path for the Cadiz Water Project. A right-of-way for the water mining scheme was granted without any public review. Read the news item by local radio KCDZ 107.7 and the press release from the Center for Biological Diversity for the latest information on this decade-long battle against draining important desert water reserves.

History of Water in the Morongo Basin - Desert Institute Video

Posted on MBCA News by Laraine Turk · March 14, 2021 10:20 AM · 1 reaction
Marina West, Manager of the Bighorn Desert View Water Agency and recently a Board member and Treasurer for MBCA, presented an illustrated virtual lecture on the "History of Water in the Morongo Basin: A Perspective on an Undervalued Resource" as a program for the Desert Institute, the educational arm of the Joshua Tree National Park Association. In this one-hour YouTube recording, Marina provides the Basin's water history in both geological and historical timeframes, with many anecdotes about the pioneers of harvesting water through the development wells in the Morongo Basin.

Posted on MBCA News by Laraine Turk · June 26, 2020 3:35 PM
MBCA is one of 27 diverse non-profit groups opposing any further consideration of the Eagle Crest Pumped Storage Project in this June 23rd letter to Governor Newsom and the co-chairs of the recently created Task Force on Business and Jobs Recovery. Following three failed legislative efforts to seek bailout and authorization for its proposed Eagle Crest Pumped Storage Project, Next Era is now seeking consideration from the Task Force. Attached to the Coalition letter is a similar request signed by the California Municipal Utilities Association, Southern California Public Power Authority, and Northern California Power Agency. Prior coalition letters of opposition to this project signed by MBCA in April and May are also included in the document.

Posted on MBCA News by Laraine Turk · June 03, 2020 8:13 AM
In January 2020, MBCA sent a letter opposing state legislative action that would have enhanced the prospects for the Eagle Crest Pumped Storage Project on the border of Joshua Tree National Park. Chief among our concerns is the inevitable overdraft of underground aquifers in the area and for the Park, with dire consequences for the flora and fauna. MBCA also joined a coalition letter signed by 24 organizations, spearheaded by the National Parks Conservation Association, to oppose amendments to the related legislation, AB2255, that adds to the "stacked deck" for furthering the Eagle Crest project. And most recently, on May 6, MBCA signed on to a new coalition letter opposing another related piece of legislation, AB2736. The letter concisely reiterates the reasons to oppose the project. While pumped storage can assist with California's energy future, the letter notes that "other pumped storage projects are more viable and economical," and this legislation seems to be a "ratepayer-funded bailout of the failing project."

Posted on MBCA News by Laraine Turk · May 06, 2020 9:03 AM
As part of its Sewer Collection System Project for Yucca Valley, the Hi-Desert Water District must file a Mitigated Negative Declaration describing what environmental disturbance will occur in Phases II and III of the project and how the consequences will be mitigated. Here is the Water District's Draft MND webpage that includes an overview of the process and all the relevant documents. Comments must be submitted by May 31, 2020.

"Water for the Morongo Basin: The Next 50 Years" Program Report

Mojave Water Agency’s General Manager, Tom McCarthy, provided not only a clear presentation about MWA's history and processes, he also responded patiently and instructively to a number of detailed questions. 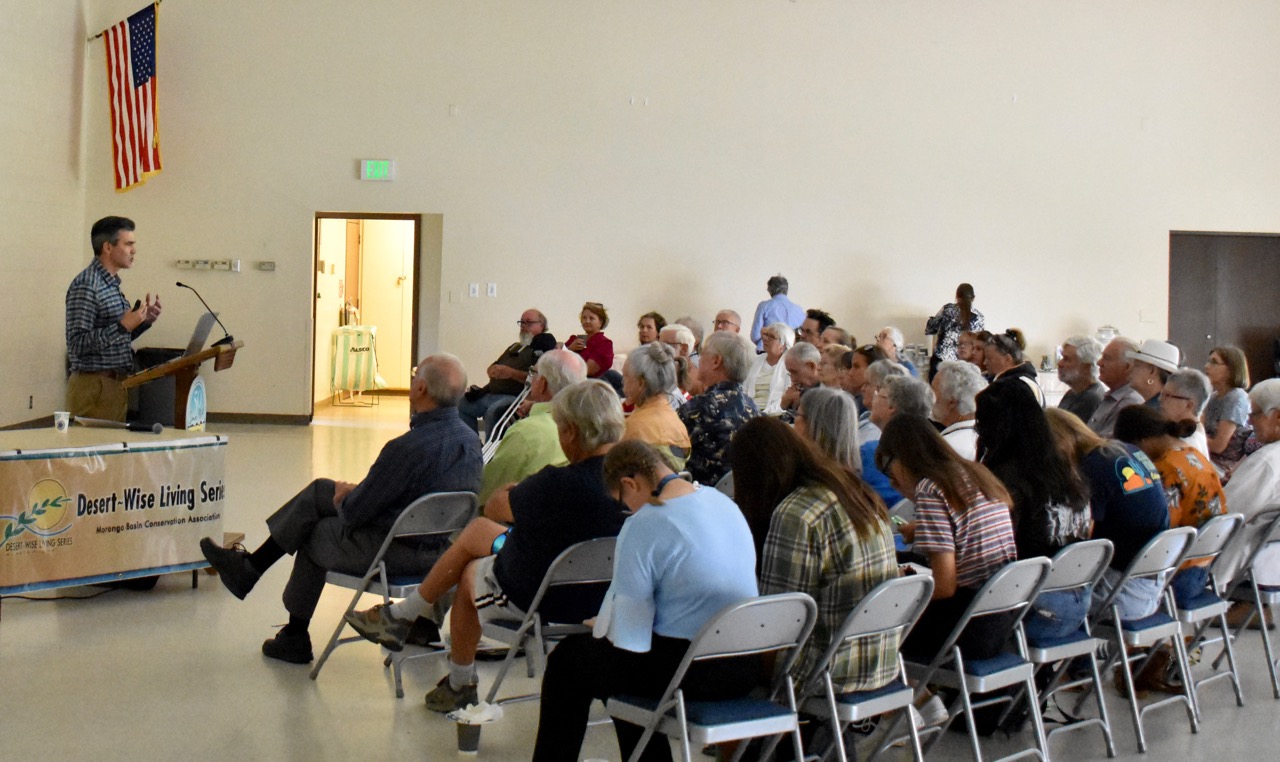 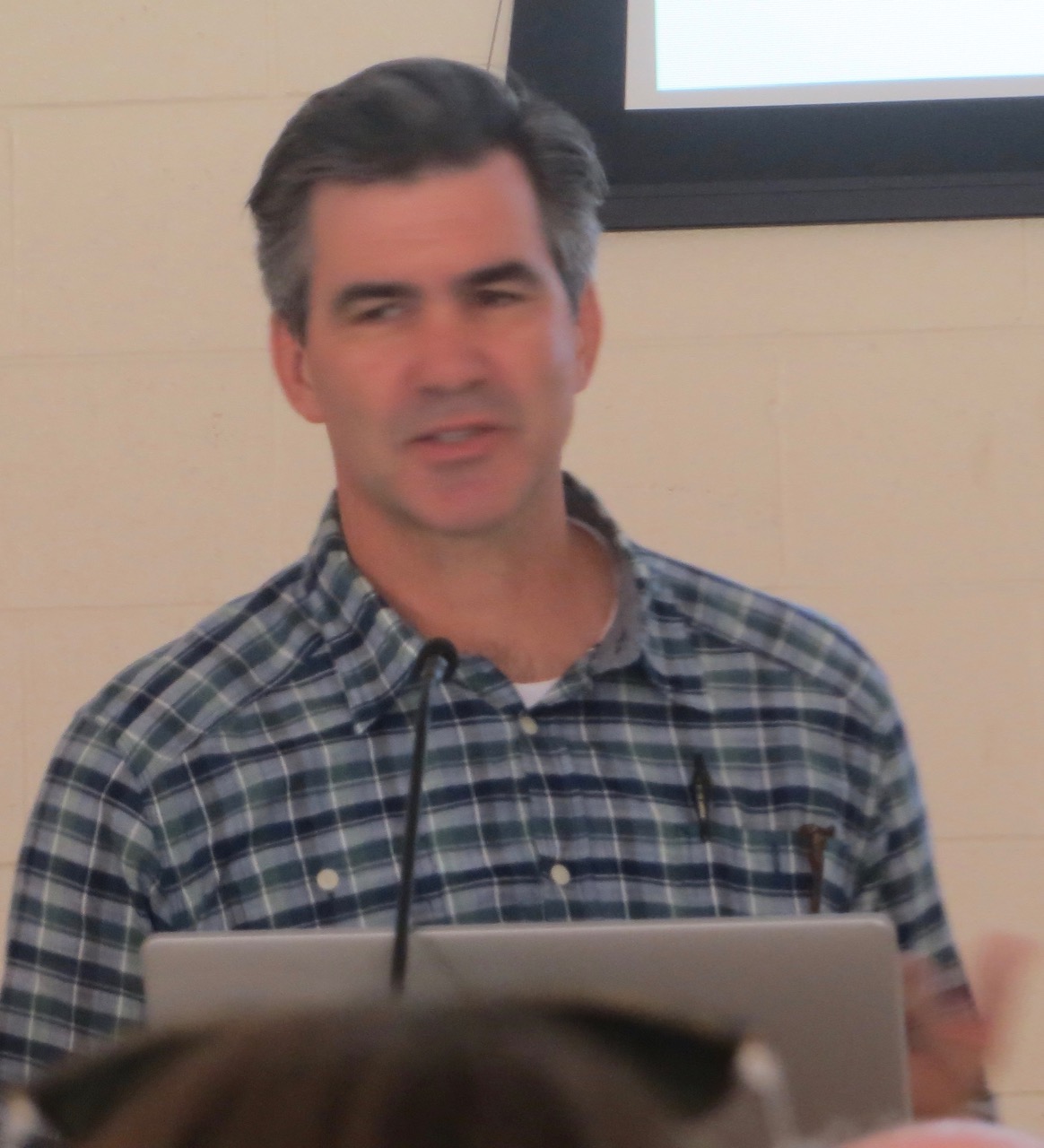 He has provided MBCA with his PowerPoint presentation (a PDF version). While the slides in this version and without Tom's in-person explanations aren't as comprehensive as his full presentation, you will find a number of illustrations, maps and charts that are informative. 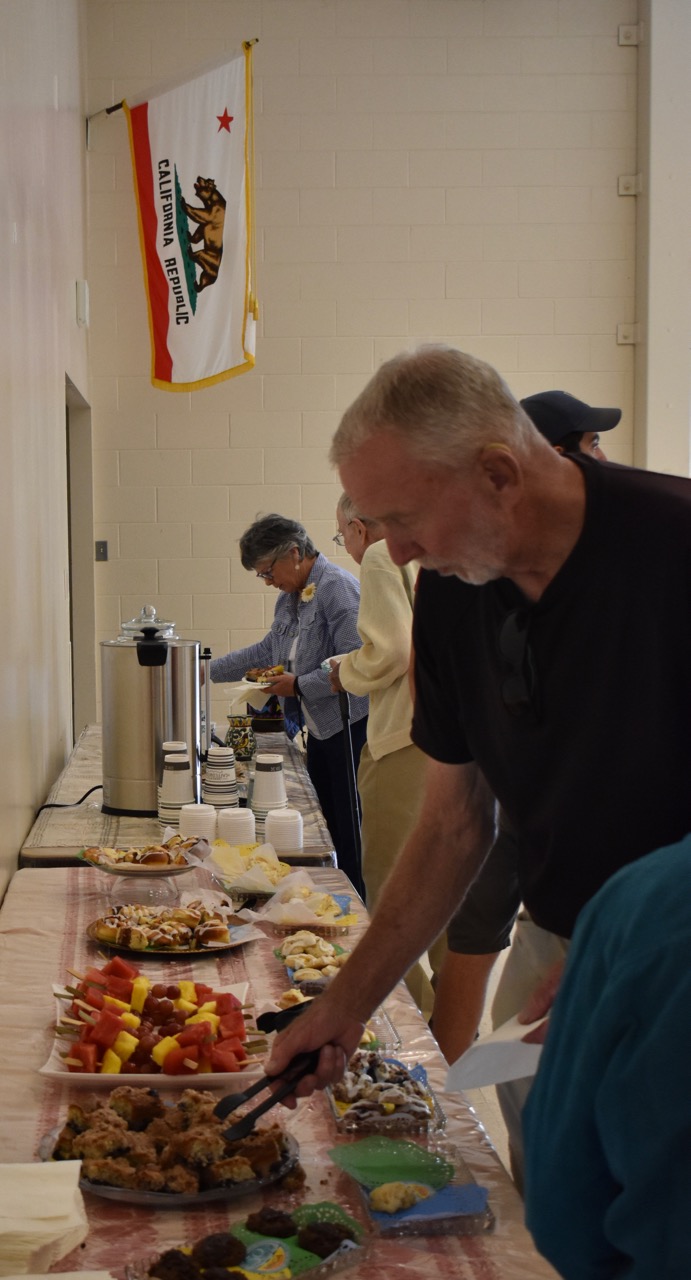 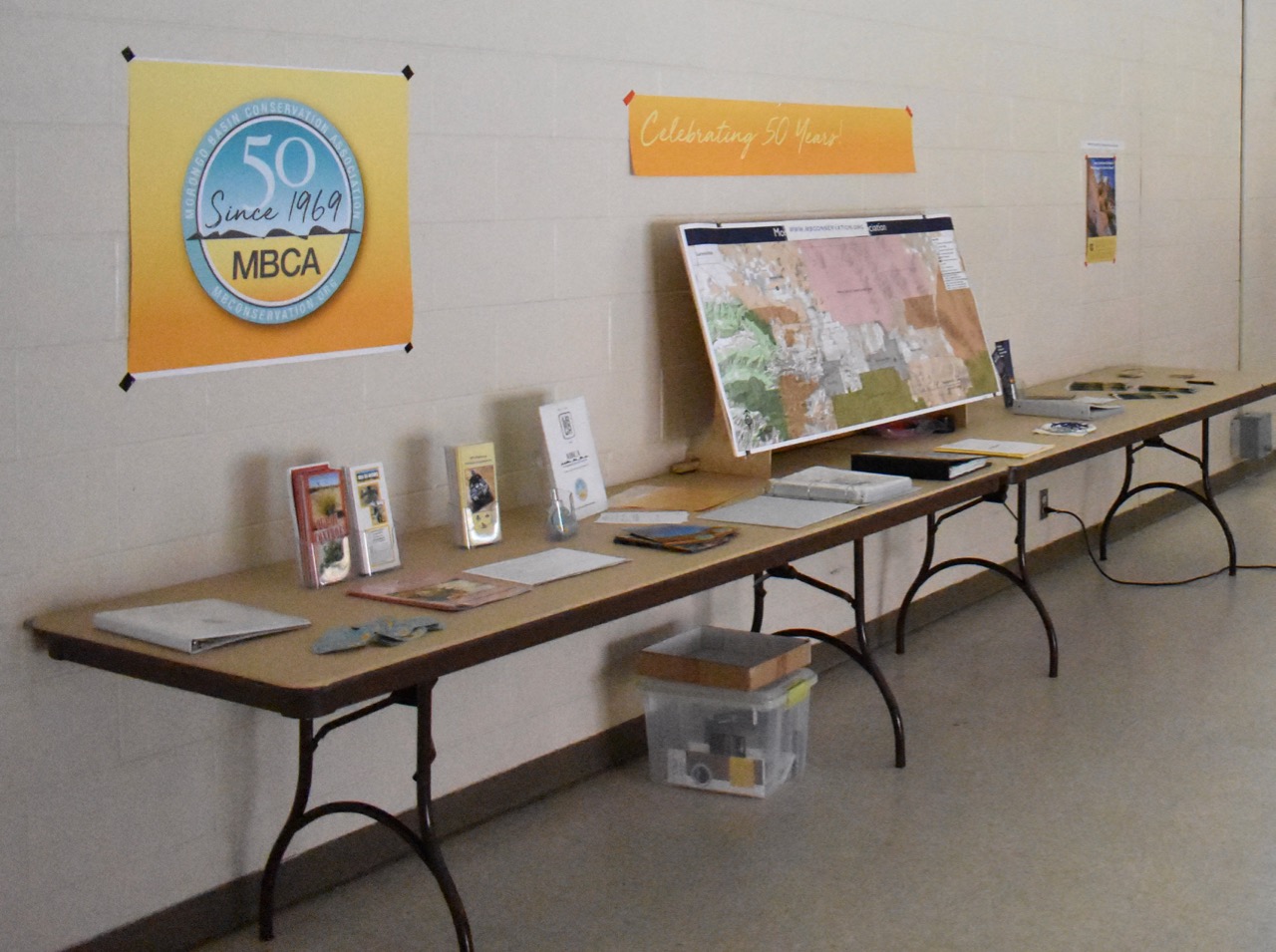 Thanks once again to the sponsors of MBCA’s Desert-Wise Living Series (see below) and especially to the volunteers and Board members who helped set up and manage the event.

Posted on MBCA News by Laraine Turk · July 31, 2019 8:56 PM
Governor Newsom today signed SB 307, a bill that requires that any water mining projects such as the Cadiz water project undergo new additional review processes to prove it will avoid environmental harm. Many thanks are owed to the many MBCA supporters who wrote comments and called the Governor's office in support of the bill. The Governor's letter approving SB 307 outlines the reasons for his action.

Posted on MBCA News by Laraine Turk · June 23, 2019 11:46 AM
A judge's decision on June 21 has reversed the BLM's 2017 ruling (which was itself a reversal of their prior decision) regarding the need for federal environmental review for the railroad right-of-way that relates to the Cadiz pipeline project. The next action is back in BLM's court. More details can be found in this Desert Sun article and with greater emphasis on the legal issues in this Courthouse News Service article. Prior news updates from MBCA on this and other water conservation-related news can be found on our "Water Issues" page.

Posted on MBCA News by Laraine Turk · May 24, 2019 6:56 AM · 1 reaction
While not directly supporting the Eagle Mountain hydropower and storage project, the passage of SB 772 would require California to support projects that would store energy as part of the state's plan to increase renewable energy production. The increasing amount of solar and wind energy is more than can be used as it is produced, so storage becomes more important to continue reducing non-renewable energy consumption. This in-depth article in the Los Angeles Times provides perspective from both industry and environmental perspectives.

Posted on MBCA News by Laraine Turk · May 24, 2019 6:44 AM
Senate Bill 307 passed through the California Senate and will next need approval in the Assembly to provide additional environmental review for groundwater transfers like the proposed Cadiz project. Read details about SB 307 from the Desert Sun.
Donate Join Our Membership Join Our News Network