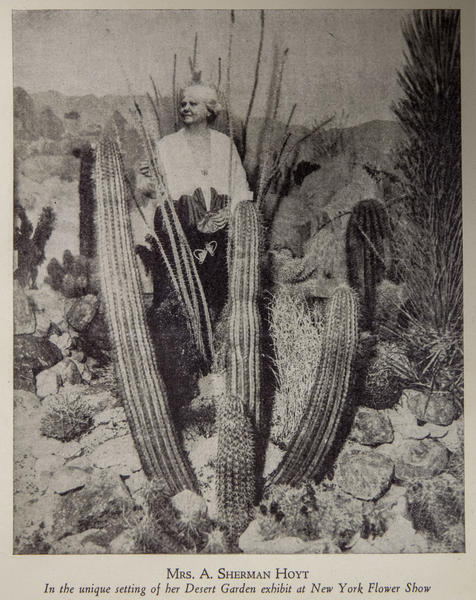 Supporters of Joshua Tree National Park and local conservationists know the role of Pasadena socialite Minerva Hoyt in establishing the national park. Her perseverance in bringing desert awareness to the federal government in the 1930s and ‘40s culminated in the establishment of Joshua Tree National Monument in 1936, protection of our native plants and desert ecology, and provided a wider appreciation of the desert and its wonders. She was perhaps the first great desert conservationist. She rallied attention and the political will required to convince the federal government to set aside the land for JTNP. She almost single-handedly brought the idea of conservation to the Mojave. Every day the personal will that drove her efforts to preserve the desert deservedly becomes more widely known and garners greater appreciation for her accomplishments.

The Minerva Hoyt Desert Conservation Award is presented by the Joshua Tree National Park Association and has been awarded to three MBCA directors. The award recognizes those who advanced early desert champion Minerva Hoyt’s legacy through their leadership, protection, preservation, research, education, and stewardship of California’s desert lands. The first Minerva Hoyt Award was presented to MBCA founder Susan Luckie Reilly in 2004. Long-time director and past president Ruth Rieman and husband Steve together received the award in 2012 and in 2017 Pat Flanagan was honored. Their nominations by community members honor their far-reaching and passionate efforts that “lead to a significant and lasting contribution on behalf of the deserts of California.”