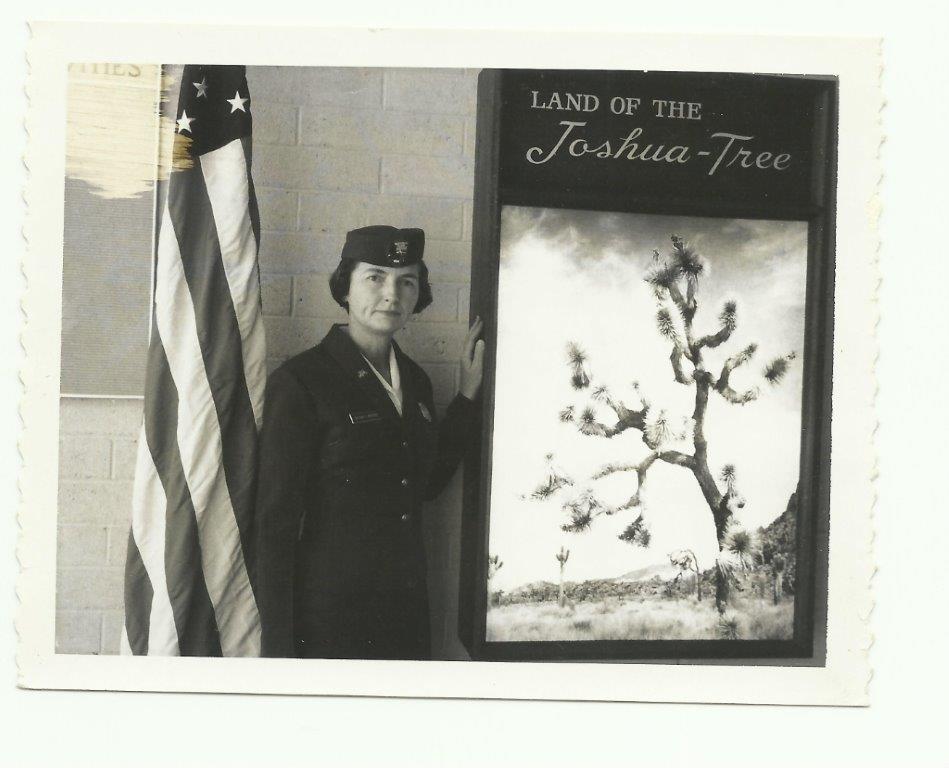 Susan Luckie Reilly was born in 1916, the same year the National Park Service was founded.  In 1965, Reilly donned the green and grey of the NPS and worked as a seasonal, ranger-naturalist for what was then, Joshua Tree National Monument.

Ms. Reilly was the daughter of Dr. James B. Luckie, a Pasadena physician who recommended the healthy, dry, desert climate to WWI veterans suffering from the effects of mustard gas.  The Luckie family spent time at the family home in Twentynine Palms when not in Pasadena.  It was during these family visits that Susan developed a life long love and passion for the desert environment.  A graduate of Stanford University, Ms. Reilly and others founded the Morongo Basin Conservation Association which successfully fought off an initiative by the utility company to run a massive power transmission corridor straight through the heart of the Morongo Basin.

Ms. Reilly was the first recipient of the Minerva Hoyt Award in 2004.  She also received a Woman of Distinction Award given by Congressman Paul Cook in 2013 and has been a driving force for preservation and protection of the Southern California desert.

(Thanks to Joshua Tree National Park News Release of June 8, 2016, for some of this information.)

As a long-time MBCA Board member and former President of MBCA, Ruth had a long acquaintance with Susan and presented a wonderful array of stories about Susan's contributions to our communities at the Celebration of Life on July 8, 2017.

At the Celebration of Life for Susan, several poems she had written at various times in her life were displayed. Here are six of them.

Report on the Susan Luckie Reilly Celebration of Life

Recollections about Susan from long-time MBCA Directors David Fick and Ruth Rieman, as well as Park Superintendent David Smith, friends and family members, are highlighted in this article that appeared in the Hi-Desert Star and The Desert Trail.

Please check your e-mail for a link to activate your account.
Donate Join Our Membership Join Our News Network