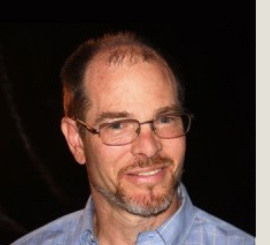 Following a decade of forays to the desert Southwest to camp and explore the backcountry in 2004 I pulled up roots in NYC and relocated to the unincorporated community of Landers. Life in Morongo Basin offered a stark contrast to my twenty years in the concrete jungle. Not lost on me was the irony that the Basin is so much larger than NYC and many times more fragile.

My position on the MBCA board allows me to channel my concerns for the astonishingly fragile desert environment into worthwhile projects aimed at preserving the magnificent desert here. A look inside MBCA offers a glimpse of a dynamic organization that routinely juggles a dozen projects at a time … some get support, others suffer from protest, still others aim to educate and inform.

Much of my personal involvement has focused on stopping the proliferation of utility-scale solar energy plants both in our desert communities and in the pristine desert that surrounds them. I’ve also taken a leadership role in a number of community cleanups including major cleanups at Giant Rock and at illegal dump sites in and around Landers. Nothing, however, offers me greater satisfaction then ridding our rural roads and open desert of illegally discarded tires. I have initiated a handful of “tire roundups” making use of the county’s indispensable assistance along with that of many volunteers.

To date, those efforts have cleared almost 10,000 illegally discarded tires from in and around Landers and re-directed them to programs that are using them for a variety of projects including supplementary fuel for high-temperature kilns at nearby Mitsubishi Cement Corp. and processing to become padding at playgrounds, and as base material in new road construction.

My other community involvements include several years on the board of the Landers Community Association, past service as treasurer for the Flamingo Heights Community Association, newsletter editor for the Morongo Basin Historical Society, and newsletter editor for the Morongo Basin Cultural Arts Council. I also founded and published for several years a monthly newsletter that went to almost 600 local LGBT subscribers and helped to organize and produce the Basin’s first three Gay Pride Celebrations one of which was considered the largest such event ever held in the Basin.

I hold a Bachelor of Journalism from the University of Missouri – Columbia and have been employed as an assignment reporter at KCDZ-FM since 2009. I also write a local “neighborhood news” column that appears in the weekend edition of the Hi-Desert Star.

A non-native grass-like plant that does particularly well in the Morongo Basin is red yucca, or Hesperaloe  parviflora. Its grassy evergreen leaves provide interest during all seasons, with plants having a purple cast in the winter cold.  Creative Commons photo by Fritz Hochstätter As a native of the Mexican Chihuahuan Desert, red yucca can withstand our high temperatures.  The deep rose-pink blooms usually start in June and last for a long time,...
Read More

At their June 15 meeting, the four members of the California Fish and Game Commission were split on decisions relating to the status of the Western Joshua tree. Their tie votes of 2-2 applied both to a motion to list the tree as threatened and a motion to continue the decision to the August meeting, with a recommendation to develop a recovery and conservation plan. With no decision on the Joshua tree's...
Read More

MBCA President Steve Bardwell addresses Supervisors at June 14 meeting. Photo by Stacy DoolittleAt their June 14 meeting, the San Bernardino County Supervisors voted to place a 45-day moratorium on new short-term rental (STR) permits in unincorporated areas of the County via this Urgency Ordinance. During this time the County is expected to initiate studies about housing issues caused by the excessive number of STRs. The Board also voted to prohibit...
Read More

Letter: MBCA and Center for Biological Diversity Address the County on STRs

In this public comment letter to the County and to the State Department of Housing and Community Development (HCD), MBCA details the many inconsistencies between the state-required Housing Element policies and the County's open-ended Short-Term Rental Ordinance. A few of the many issues covered are housing displacement, lack of acknowledgement of community input, quantifying of housing unit objectives, and data about housing stock and housing types.
Read More

Along with 18 other non-profit organizations, MBCA signed a letter encouraging the California Fish and Game Commission to reject the flawed findings of the California Fish and Wildlife Department staff and to permanently list the Western Joshua tree as a threatened species in California.
Read More
© 2021 GitHub, Inc. Terms Privacy Security Status Docs Contact GitHub Pricing API Training Blog About