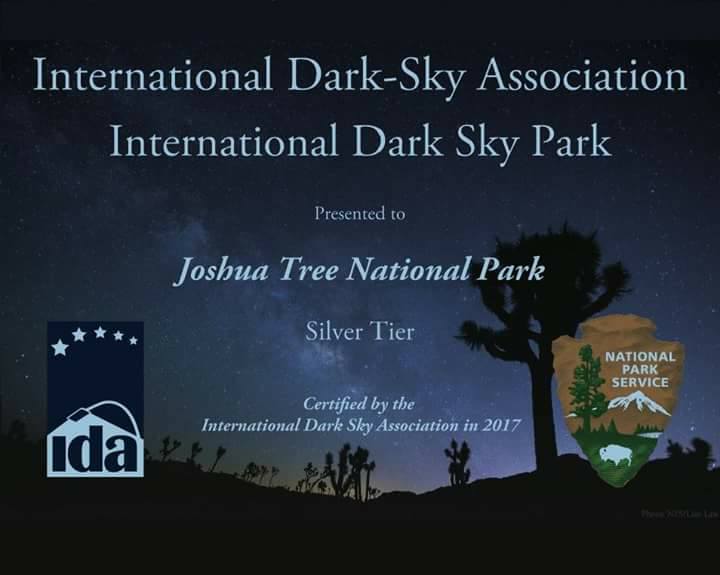 MBCA Director Pat Flanagan has created an illustrated PowerPoint slideshow, Sand Transport Paths in the Mojave Desert, which has been presented to the Lucerne Valley and the Morongo Basin Municipal Advisory Councils.  The slideshow demonstrates how the scraped land of existing and proposed Mojave Desert solar projects contributes harmful particulate matter to the air we breathe, because of soil types and wind patterns.  Yet, as the presentation also points out, the methods, functioning, and analysis of soil types and "fugitive dust"are currently seriously inadequate for evaluation in solar project planning.

For a closer look at the problem as it pertains to Lucerne Valley, watch this YouTube video by Lucerne Valley resident Tony Malone.

(The photo illustrates a dust storm in the Cascade Solar area just west of Copper Mountain College in March 2016.) 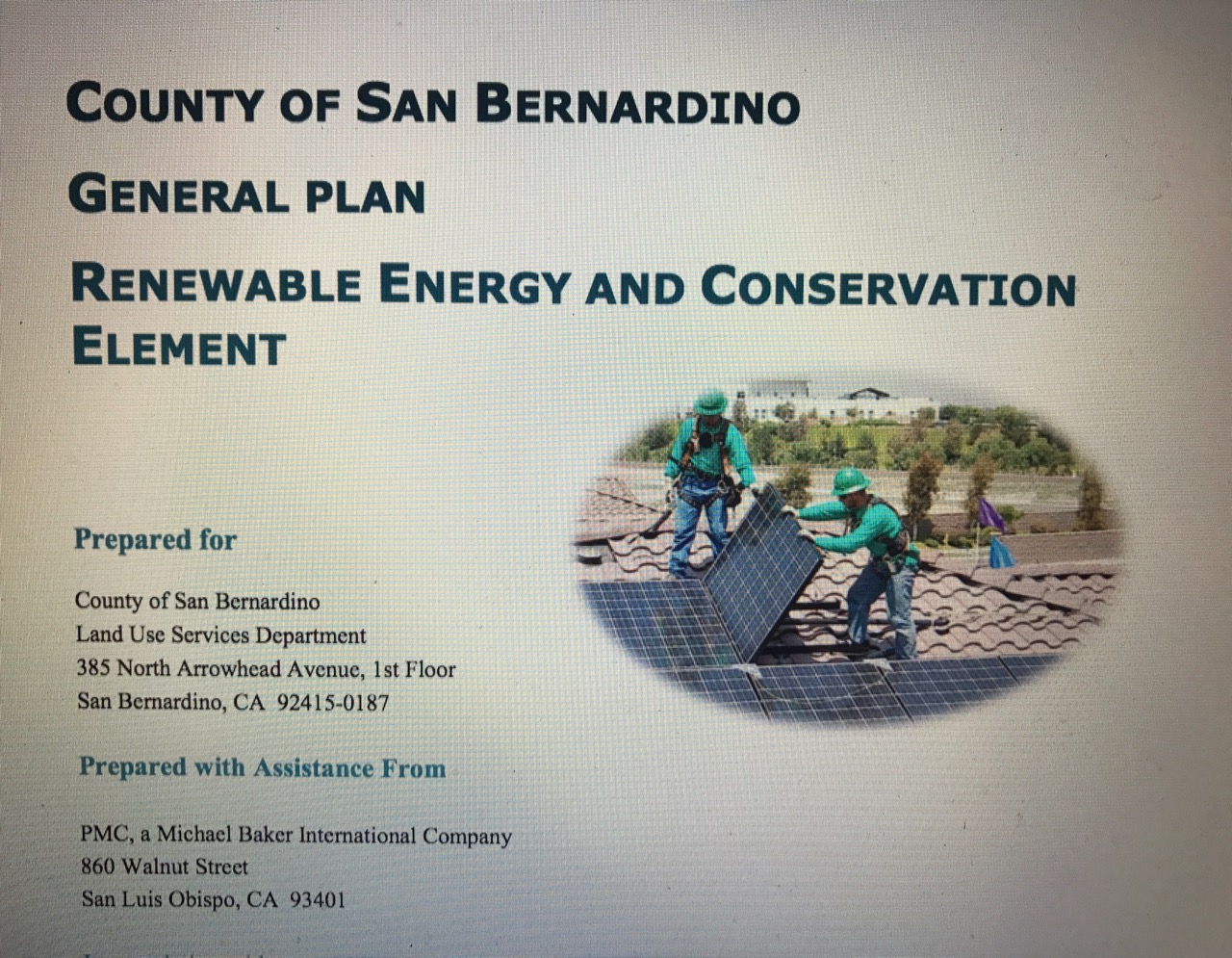 MBCA engaged professional planner and former Advisory Board member Stephanie Weigel, AICP, to work with Directors Pat Flanagan, Meg Foley, Ruth Rieman, and Marina West, and create a comprehensive analysis of the County's final draft of the Renewable Energy and Conservation Element.  A theme that appears throughout this detailed comment letter is the need for “clear and unambiguous definitions” and “stronger language in policy statements” that will lead to an effective Development Code.  We encourage you to read the letter before attending the August 8 Public Comment Meeting about the RECE, and to add your own comments at that meeting.  The meeting will be videoconferenced at the Bob Burke Government Center in Joshua Tree, beginning at 1:00 pm.

In early June, MBCA sent to the state Assembly's Committee on Water, Parks, and Wildlife a comment letter in support of SB 249 - Off Highway Motor Vehicle Recreation Act.  It was also signed by representatives of the Alliance for Responsible Recreation and Community Off-Highway Vehicle Watch.

MBCA has signed on to a letter initiated by the National Parks Conservation Association in support of California Legislation (AB 1000 - Friedman - "Desert Groundwater Protection") that seeks to increase California's involvement in the Cadiz project by requiring "a state review process for potential groundwater extraction projects in the California desert."  Some alterations in the bill are expected during its consideration in order to prevent onerous state review requirements for local water district projects.  We will update you as this bill progresses. 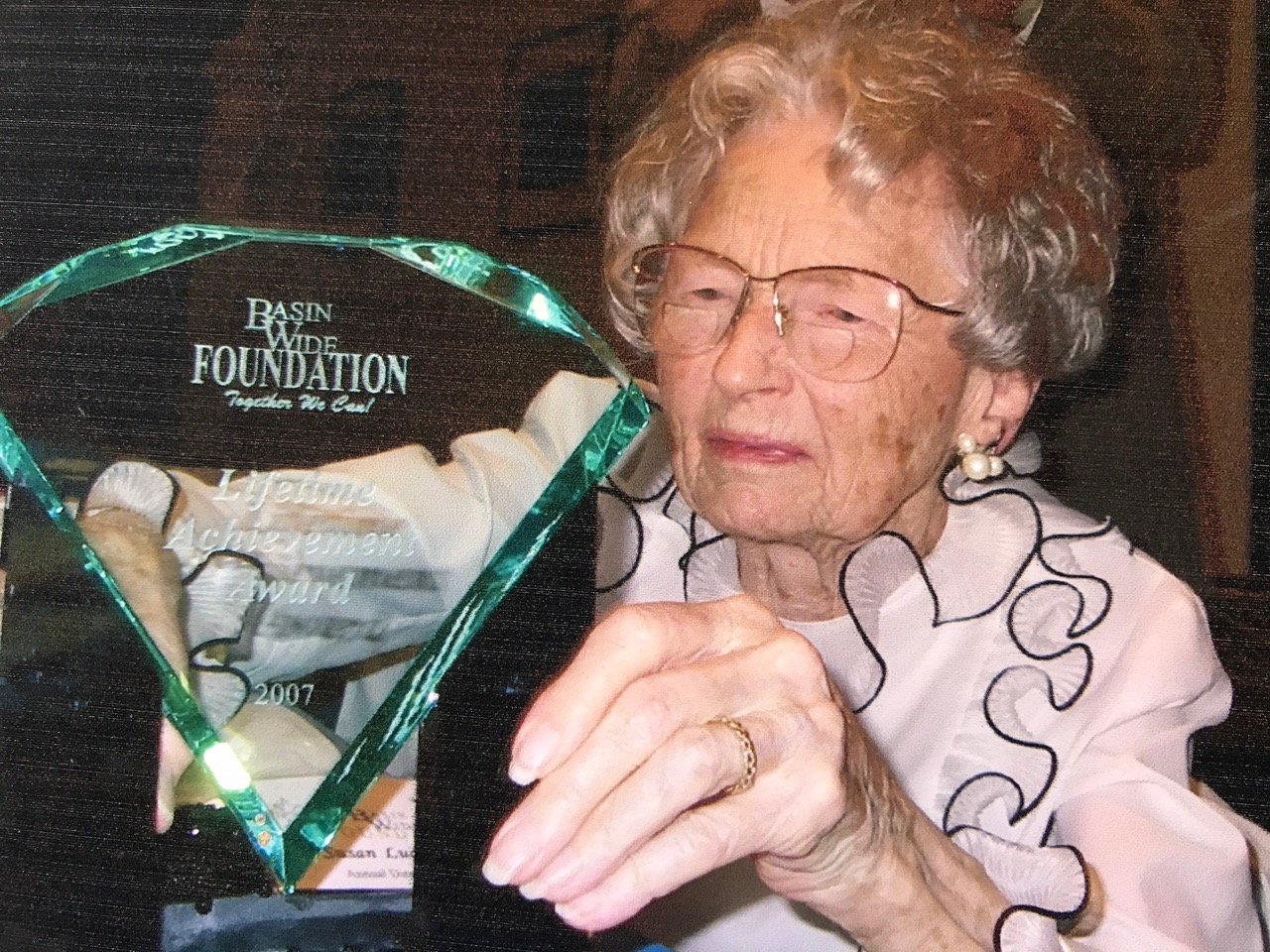 To mark the passing on her 101st birthday of longtime Morongo Basin resident Susan Luckie Reilly, who was also one of MBCA's key founders, a Celebration of Life will be held on Saturday, July 8 at 10:00 AM at the Bell Center of Copper Mountain College. Read details in this Press Release from Joshua Tree National Park.  Look to MBCA's History page to learn more about Susan's involvement and to read her own history of MBCA.  Local news stories from KCDZ-FM and the Hi Desert Star provide more background on her impact on the Morongo Basin and Joshua Tree National Park.  There is also an editorial in the local papers and a special article about her from 2006 entitled "10 Things to Know about Susan Luckie Reilly."  We are saddened by the loss of Susan, a Morongo Basin treasure, but grateful for her years of leadership and support on behalf of the  of the Basin and the Park.

There are several events and campaigns MBCA Directors want you to know about. Including a huge solar project proposed for Lucerne Valley. Also, reminders of deadlines for public comment fast approaching. Thanks for your attention!

Our conservation partners in the Lucerne Valley, Apple Valley, and Victorville areas are again sounding the alarm about another inappropriate industrial scale renewable energy project. This project consists of a 60 MW solar field and an electrical sub-station straddling Scenic Hwy 247 north of Lucerne Valley. An initial Study (IS) for this 484-acre project has been submitted to the County of San Bernardino. The owner of the project is Ord Mountain LLC, a subsidiary of NextEra Energy Inc. (Yes, the same NextEra that won approval to develop the Joshua Tree Airport solar project!) An Environmental Impact Report (EIR) is to be prepared for this project under the requirements of the California Environmental Quality Act (CEQA).


A well-attended scoping session was held on June 13 in Lucerne Valley where residents clearly expressed their concerns about the project and described issues that must be addressed in the preparation of the EIR. Issues including dust and air quality degradation, conflict with well-defined desert wildlife linkages, loss of habitat for endangered species, loss of uninterrupted scenic vistas, and the ill effects on the Community of rural residents were stressed.  MBCA directors Pat Flanagan and Steve Bardwell attended the session and expressed MBCA’s concerns about this inappropriately sited renewable energy project.

Much concern was raised about the timing of this project given that the Renewable Energy and Conservation Element (RECE) of the County’s General Plan is to be considered by the Board of Supervisors very soon, and this scale and type of project would be discouraged under the guidelines included within the current wording of this Element. This project has slipped between the cracks during the time that the RECE is being considered.

Scoping comments are those comments about issues that must be considered with the preparation of the EIR. MBCA encourages its supporters to write to the County and express their concerns about this conversion of desert land into an industrial scale renewable energy project. This link connects to the County website and the initial study for this development:
Send comments before 4:30 PM, June 30th to:
County of San Bernardino, Land Use Services Department
John Oquendo, AICP, Senior Planner
Email: [email protected]
Snail mail: 15900 Smoke Tree Street, Suite 131, Hesperia, CA 92345
Healthy California Act, SB 562: Public forum
MBCA‘s mission includes supporting healthy desert communities. Indivisible Morongo Basin is hosting an event to inform Basin residents about the Healthy California Act, a single-payer health care initiative that recently made it through the California Senate. If it is successful and signed by the Governor this fall, it will be followed with a second bill to clarify the projected costs.
When: Monday, June 26, 6:00 – 7:30 PM
Where: Yucca Room, Yucca Valley Community Center, 57090 29 Palms Hwy, Yucca Valley, CA.
For information and to RSVP, Indivisible MB Facebook page.
MDLT campaign: Scenery Worth Saving #Protect 62 - “Indian Trail Head”
MDLT is working to purchase 40 acres in 29 Palms on the boundary of JTNP. A property threatened for inappropriate residential development located adjacent to Joshua Tree National Park. A key resource for JTNP neighbors and the City of 29 Palms tourism efforts with incredible views, dark sky experiences, important habitat and conservation features.
There is a short time frame to secure the sale, the end of June. The purchase price is $120,000. Supporters are welcome to donate on the MDLT web site via the Hwy 62 Linkage Campaign: Scenery Worth Saving and restrict the gift to the "Indian Trail Head". Deadline to contribute: June 30, 2017

The measure urges the protection of federal public lands for their economic, historical, cultural, and ecological values and to honor and protect the integrity of all national monuments as they have been designated. The resolution also states support for the use of the Antiquities Act of 1906 by the President as a critical tool for protecting the public good by authorizing the designation of national monuments.

Makes us proud to be Californians! To the federal administration: keep your hands off our monuments!
REMINDER: Express support for the Desert National Monuments
The Mojave Desert Land Trust’s Desert Defender campaign: Protect our Desert National Monuments collects names and messages at this website to send to the Department of the Interior. Public comment period ends July 9th – it’s important to demonstrate your support and easy to do!
REMINDER: Letters in support for OHVRA SB 249 needed
MBCA encourages you to call or email State Senators to ask for their support of the Off-Highway Vehicle Recreation Act / SB 249. Find all the details you need at the ORV Watch/COW website.

That’s it for now. Never a dull moment, right! With your help, we’ll keep up the good work protecting the health of Basin humans, wildlife and the desert environment! 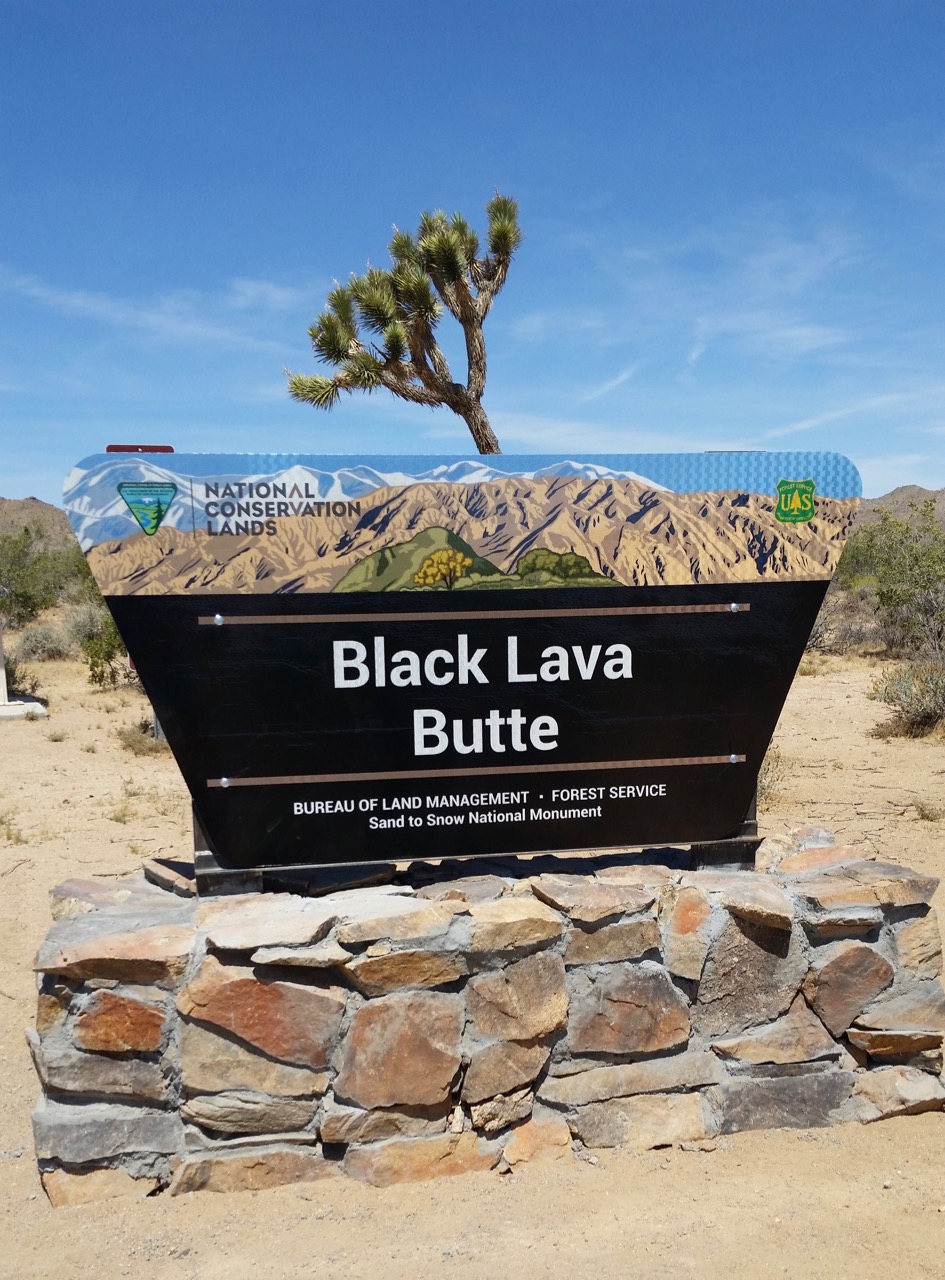 The US Department of the Interior issued a press release on May 5, 2017 describing its intention to "review" recently designated National Monuments including Sand to Snow and Mojave Trails. The Mojave Desert Land Trust has created a Desert Defender campaign, Protect our Desert National Monuments, to provide information and a forum for public expression. Names and messages will be collected at the Desert Defenders website during the open public comment period and sent to the Department of the Interior in demonstration of our support of these national treasures. If you haven’t already, it’s easy to do and important to register your support.

You can also go directly to the government's comment page on this issue. Or comment by mail to Monument Review, MS-1530, U.S. Department of the Interior, 1849 C Street NW, Washington, DC 20240. Let them know that their people, their constituents, regardless of political background, believe in maintaining the beauty and connectivity of this land.

Submit your comments BEFORE MONDAY, JULY 10!

Thanks to James Sammons for submitting the Black Lava Butte photo.