by Laraine Turk
889sc
on August 21, 2019
We received word from MBCA President Steve Bardwell shortly after the decision on the afternoon of August 21 that the proposed Paradise Valley housing development planned for the southern edge of Joshua Tree National Park was voted down by the Riverside County Planning Commission, in a 4-1 vote.  Read more details in this Desert Sun article. Enjoy the photos below taken at the venue. MBCA Directors and supporters, especially Steve Bardwell, Sarah Kennington, and our stalwart science guru Pat Flanagan were vigilant in keeping track of the project, attending meetings, and making comments against the ill-conceived project. 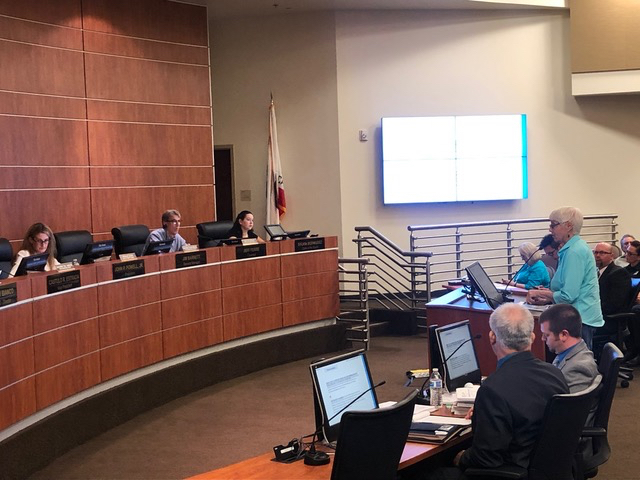 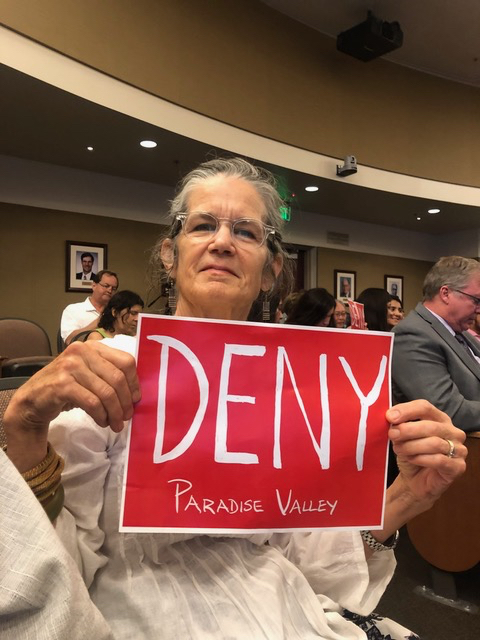 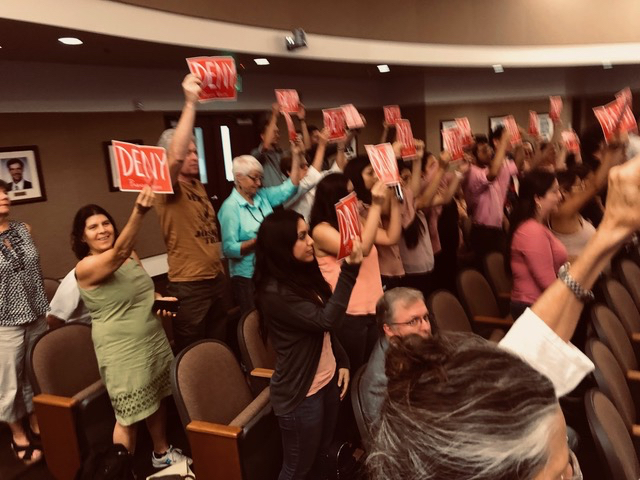 The post-vote celebration of the denial of the Paradise Valley Project.

Here are Pat’s comments for MBCA on CO2 Emissions of the Paradise Valley Project.

The following links include research documents elaborating on the science behind Pat’s comments:

2.  A Desert Report article “The Desert Under Our Feet”by the Morongo Basin’s own Robin Kobaly discusses how the amazing biology under our soil is critical to a healthy desert and absorption of carbon dioxide.

3.  A very technical study called “Greater ecosystem carbon in the Mojave Desert after 10 years exposure to CO2”concludes that “arid ecosystems are significant, previously unrecognized, sinks for atmospheric CO2 that must be accounted for in efforts to constrain terrestrial and global C(arbon) cycles.”