Posted by Laraine Turk · April 25, 2017 10:25 AM
Here is a message from the County about the latest status of the Renewable Energy and Conservation Element of the County's General Plan.  For more background, you can click the links in this November 2016 News Update from MBCA.

See more photos of the Tour on the 2017 Landscape Tour Photos page.

If you participated in the Tour, consider submitting a short essay to describe your experience and win a gift certificate.  Here are the details of the Essay Contest.  The deadline for entry is May 15. 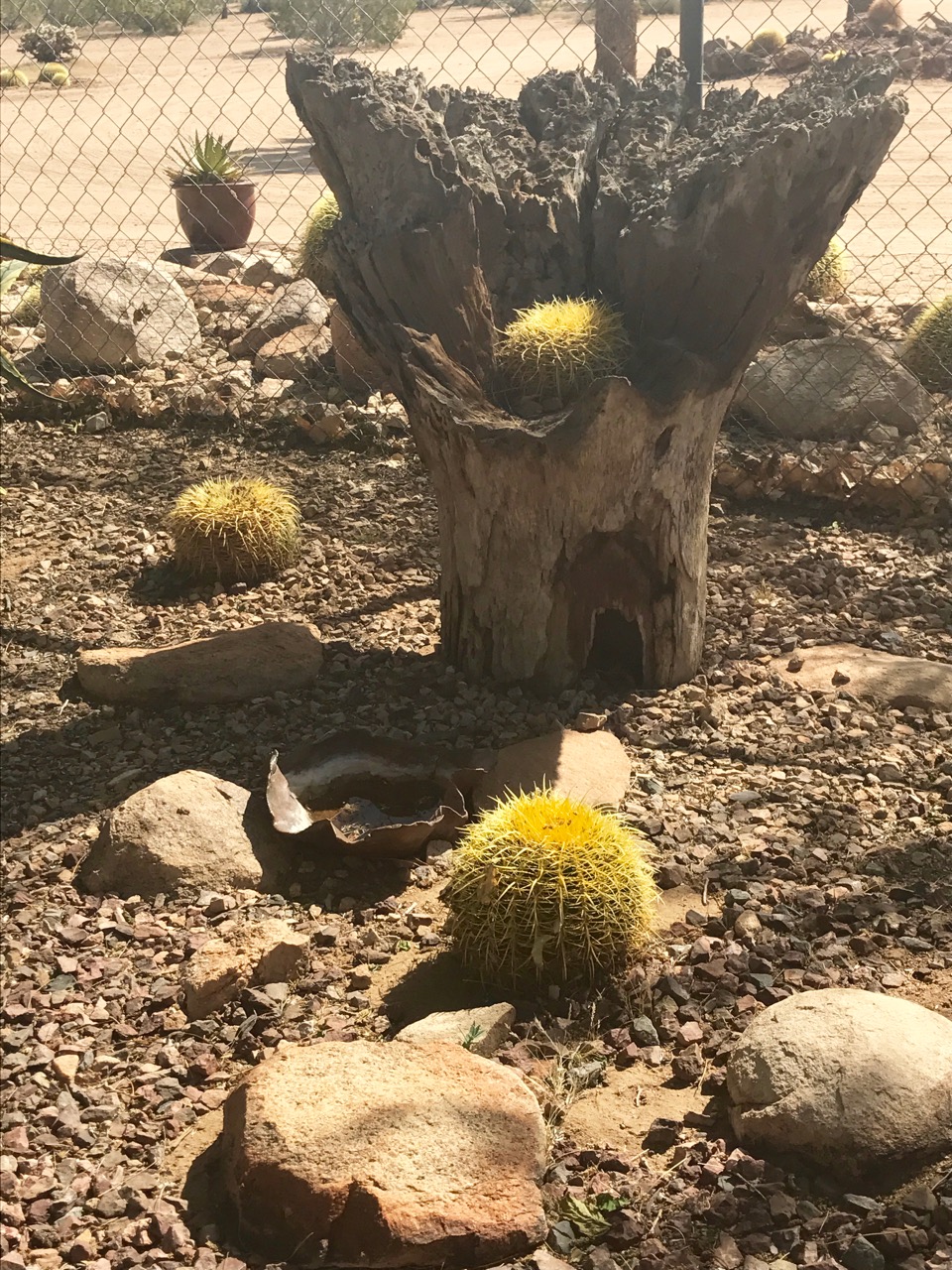 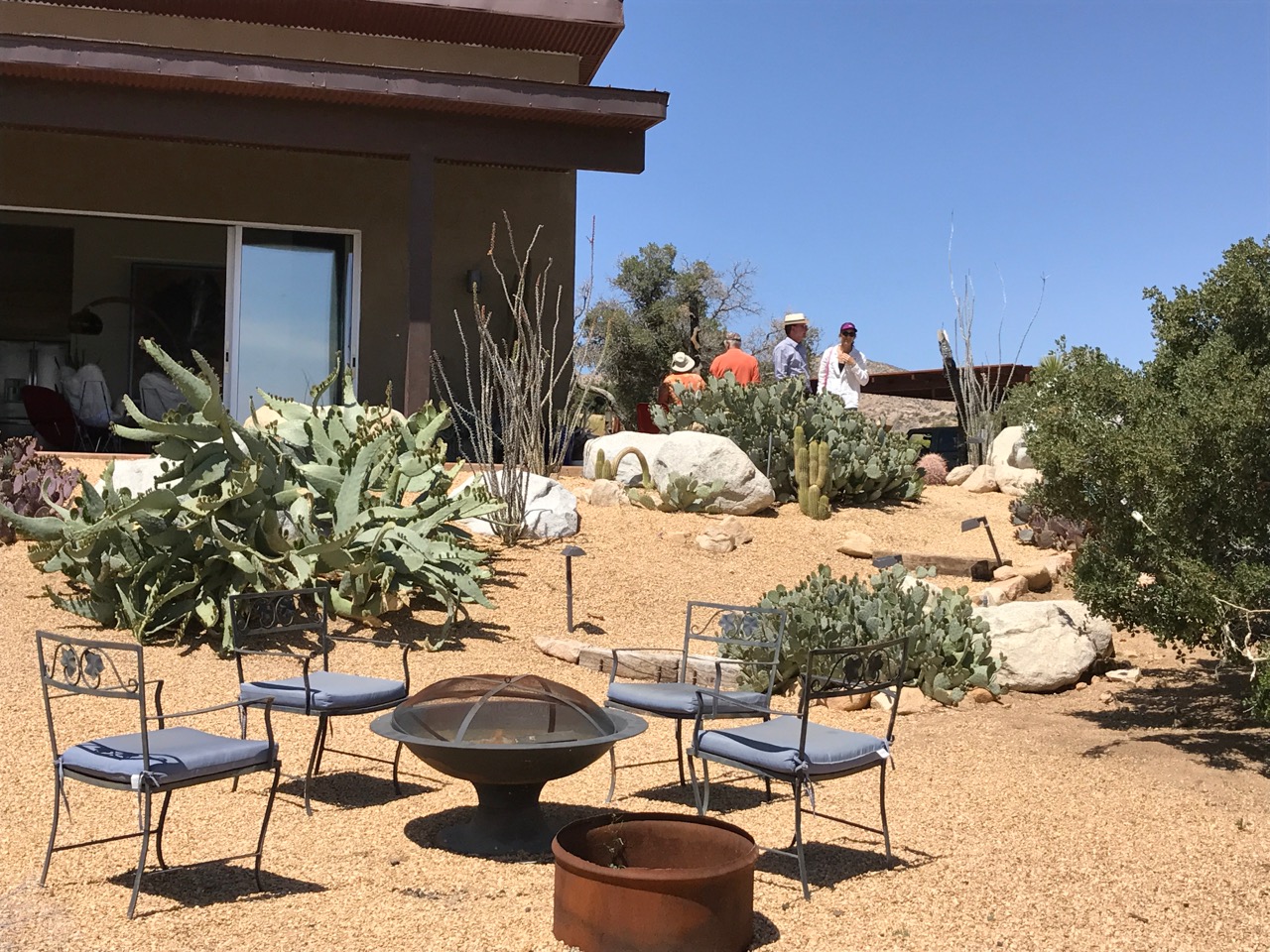 Posted by Laraine Turk · April 22, 2017 12:00 PM
At the April 21 Black Rock Symposium focused on "Grass Roots Activism in the Morongo Basin," panelist and MBCA Director Laraine Turk described the work of the Morongo Basin Dark Sky Alliance that operated under the County's jurisdiction from 2010-2013. MBCA Director Claudia Sall was also an active participant on the Committee, which worked with the County and local residents to provide education and work toward an improved County lighting ordinance. A PDF file of the presentation is available.
Add your reaction Share

Posted by Laraine Turk · April 05, 2017 9:46 AM
An administrative move within BLM management at the federal level has reduced the obstacles still in place for the Cadiz Valley Water Conservation, Recovery and Storage Project that seeks to move water from desert aquifers to urban areas of southern California.  This April 5 story by our local radio station includes a map of the Cadiz location, and this LA Times article provides more details.
Add your reaction Share

Posted by Laraine Turk · April 03, 2017 2:52 PM
Commentary and documents provided by Pat Flanagan
The BLM believes they have the legal right to connect public land parcels together using county un-maintained dirt roads. I believe this is incorrect – our dirt roads, a legacy of the Small Tracts Act (STA), are considered by the County, based on case law and the STA, to constitute legal right-of-way (ROW) for those entitled to use them, i.e. the public and utility companies.
The documents provided here, especially the STA pamphlet and Penfold letter and County opinion, need to be readily available to anyone wanting to understand their legal position should BLM open County un-maintained dirt roads to OHV riding.
Read more
Add your reaction Share

1)  A summary of the current situation is presented in this Press Release from the JT105 Alliance.

2)  The Alliance provided a copy of the October 28, 2016 CEQA petition they filed that outlined all the points of concern about the development.

3)  In January 2017, the Alliance proposed to the developers a settlement offer that included two very specific alternative revisions to their existing development plan that would be much more acceptable to the alliance and many Joshua Tree residents who have been concerned about the very “urban” plan proposed by the developers.  As the Alliance wrote, “We are not anti-development; we respect smart and ecologically-sensitive development.”

Here's an explanatory paragraph about the stay from the Alliance update:

"A six-month stay was agreed upon, on March 17, so that the developers could explore these options, during which they are not to pursue any permits for construction. Shortly after the agreement, a community member notified the Alliance that the developers had listed the project for sale, with the tract map approval as a key marketing point. If they were to sell the land, the lawsuit, and the wrath of hundreds, would be inherited by the new owner."

Posted by Laraine Turk · March 25, 2017 9:05 AM
Several MBCA Directors have attended recent Desert Hot Springs City Council meetings to support their Planning Commission's decision to deny an extension for a developer's plans to create a large housing complex near Mission Creek Preserve and the Sand to Snow National Monument. At the Council meeting on March 22, a procedural situation resulted in the denial being upheld.  This Desert Sun article explains more about the circumstances and possible future actions by the developer.
Add your reaction Share

Posted by Laraine Turk · March 17, 2017 12:00 PM
NextEra /JT Solar project is officially in a "legal stay" for six months as requested by NextEra. The Southern California Edison’s RAM PPA for the project has expired and NextEra has stated no work on the project has gone forward. The group Joshua Tree Community for Responsible Solar took the lead in opposing the project and initiated legal action. This Hi Desert Star March 17 article provides more information about the status.
Add your reaction Share

Posted by Laraine Turk · March 16, 2017 4:12 PM
A worldwide effort to bring attention to environmental issues and climate change is represented by the act of turning off as many of your home lights as possible for one hour, between 8:30 and 9:30 PM, on Saturday, March 25.  Much more information is available on the Earth Hour website.
Add your reaction Share